Do you ever have those experiences where it seems like mutually exclusive areas of your life collide? You know, where you've talked about something with someone and the same topic comes up again in a completely separate context (and I'm not talking about in your Facebook feed!)?

Well that's exactly what's happened to me this week on the topic of mindset.

I'm writing - as usual - from the road, coming off an excellent Sports ETA 4S Summit in Providence, Rhode Island. Other than the nor'easter that planted itself over the city for my entire trip there, I was really impressed with Providence...especially the amazing food scene!

At the 4S Summit, we were fortunate to hear from 2-time Olympic medal-winning swimmer and Providence native, Elizabeth Beisel. Beisel was a phenomenal, down to earth speaker who talked about her swimming career and how she really had to work on her mindset freeing herself up to swim to her potential. Beisel was a former University of Florida swimmer, and it was a cool coincidence that I got a picture of her name on UF's Olympic Swimmer plaque that adorns the wall at their natatorium just the week prior.

On that trip to the Swamp, I also finished up the popular book Can't Hurt Me by former Navy Seal, David Goggins. As many of you who have read it are aware, Goggins' story is incredible, and his life lessons boil down to one thing: taking control of you mindset. If you haven't read Goggins' book, I really recommend it.

You don't have to be an Olympic swimmer or a Navy Seal for mindset to play an integral role in your everyday life.

I've struggled with my mindset for about as long as I can remember. Letting my circumstances dictate my joy, confidence, contentment, actions...the list goes on and on. I always thought I was at the mercy of what I thought.

The two examples I gave earlier have also come on the heels of a program I've been going through called Performance Mindset (TM) developed by former NFL Player Jon McGraw, and his company, Vision Pursue. I've been so impacted by Performance Mindset that I'm bringing in Jon to do a training for our industry's leaders at the Chief Executive Summit in Louisville next month. Register and get there if you haven't already - the lineup is awesome.


As I chip away at mindset, and learn more about how the brain works, it is a daily grind. And quite candidly, I still have what I call "mental hissy fits". But, when I slow down and look behind me, I see great progress toward mastering my mindset. And I believe it's worth it.

Just like the analytical thinking I developed in doctoral school, I don't have to accept every thought that my brain spews out on autopilot as gospel. I can separate myself from the situation I'm in. And the golden nugget is, this skill is applicable to every aspect of my life...and yours! You don't have to be a professional athlete, a Navy Seal, or otherwise. You can just be you.

Moving into the holiday season, it's almost time to start watching the classic John Hughes movies that mark our family traditions. My mom's favorite is Planes, Trains and Automobiles, the journey of two men (played by John Candy and Steve Martin), desperately trying to get home for Thanksgiving. It is a comedy of errors. Here is a clip from my favorite seen about "two pillows".

I'm sitting in DFW *hopefully* on the last leg of travel home from 4S Summit that very well could put Del Griffith and Neil Page (Candy and Martin's characters in the movie) to shame. It's been a 48 hour circus.

The old me would have come unglued at the situation. Festered on it so much I drove myself crazy. Making a mountain out of a mole hill. I'm not going to kid you and say there weren't times I didn't want to throw a temper tantrum like one of my kids, but this was also an excellent opportunity to put some of my mindset work into practice. To master the mind. To hold up my thoughts to my truth and declare one correct. To take some deep breaths. To remind myself what I'm thankful for (air travel is one, even though sometimes there are trips like this one). To avoid becoming a victim of my circumstances.

With all things in life, mindset isn't about a finish line. It's a lifelong journey. One I'm on. One I hope you are on, too.

As Albert Einstein once said, "We cannot solve our problems with the same thinking we used when we created them." This is Stoll on Sports. 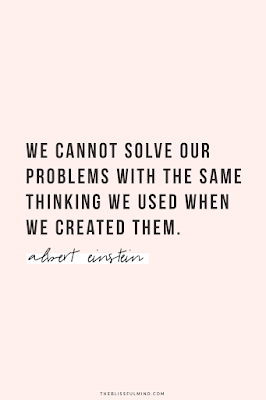 Posted by Jennifer Stoll at 3:44 PM