Words of a Legend

Earlier this year I got the chance to spend a couple days in Knoxville, Tennessee for the NASC annual board retreat at the following year's symposium host destination. I hadn't been to the land of Rocky Top in over a decade and was thoroughly impressed with the town (except for the humidity, but I digress).

When I was a kid, growing up in the mid-west, playing shooting guard all summer for my AAU team, I dreamed of playing basketball for Pat Summitt. Me and every other young girl in the country! Clearly that dream didn't pan out for most of us...though I did know a girl who played at Tennessee. One time her high school team beat mine 63-8. That was the real score of a varsity game. You can't make that up. To our credit, they had a starting roster that all went to top DI institutions, we had, as our coach frequently reminded, "a ragtag bunch of misfits". Ahhh, those were the days...
Jumping back to Pat Summitt, unfortunately the legend lost her battle with Alzheimer's Disease in 2016. But, even though me and millions of other aspiring young girls did not get the opportunity to play for "that gawdy orange" team (cue Blindside), her legacy allows for every person, from every walk of life, to learn from one of the best.

Today, I'm going to address one of the spokes in this wheel of success: "Put the team before yourself".

All to often in our hurried culture we are reminded to focus on the "what's in it for me?" mentality. We deserve everything without having to work hard for anything. I hear this all the time with my toddlers too, "she got it, but I didn't", "he got 2 and I got 1". It's pervasive. And I'd contend adults can be worse than kids in this regard.

The funny paradox about life is the more you give, the more you get. Deflection off of yourself actually equals more coming back your way. Sow to reap. This is true in sports, in business, in personal relationships, in every aspect of life.
I made a mistake the other day. Scratch that. I inspired "a learning opportunity" that really had me down. I called a friend who was busy at work. She dropped everything and met me for coffee to talk through it, reassured me of my true identity, and offered much needed encouragement. To top it off, she texted me today and told me how thankful she was for my friendship. Huh? She helped me, not the other way around.

In sports, it's the unselfish players that make the team work. In the business of sport, it's focusing on the needs of others, clients, consumers, employees, stakeholders, before yourself that leads to success. I can assure you, being outwardly focused is not a waste of time, you get it back in spades due to the loyalty you build among others.

So in the busyness of life, and the chaos of our to-do lists, take a few minutes to put yourself aside and search out an opportunity to put another person before you. I guarantee it will make the work you do more enjoyable and more successful.

Write a thank you card. Shoot someone a text to let them know you're thinking about them. Hold the door. Ask the clerk how her day is going and listen to the response. Be genuine. 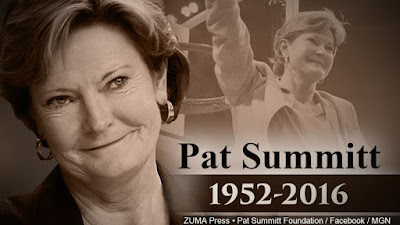 I hope when my friend, or anyone else for that matter, needs me to drop everything and be there, I have the courage to put my "team" before myself and step up to the plate. Doing THAT consistently builds a legacy worth celebrating. This is Stoll on Sports.

Posted by Jennifer Stoll at 4:03 PM No comments:

Most of the issue was dedicated to the integration of sports and the corporate world. Not surprisingly, this theme is similar to most every other issue of SBJ. That statement is not a slight, it's just reality. See this Time magazine article about youth sports.

Sports = business.
Two weeks ago in Louisville, a small group of sport tourism practitioners had the opportunity to hear from the iconic Jim Host, who by most accounts, is credited with developing the first partnership between the NCAA and a corporate partner.

Host's stories were incredible, a tale of taking multiple leaps of faith, scratching and hustling to survive, and building what became Host Communications, a dynasty in the sports world. I learned an immense amount from him in one short hour and am grateful for that opportunity.

Flipping a couple pages in the SBJ issue, and there was an article about IMG College's Social+ having now inked deals with 14 big name universities, opening the door for advertising to appear on social channels for institutions such as Ohio State, Duke, Florida State, Michigan, and Oregon. The article noted "subtle" advertising expected, as not to "smash you in the face".

I couldn't help but think, that's how it always starts.

Does anyone remember the old Jeff Foxworthy skit about NASCAR, Jeff Gordon and post-race interviews? Here it is and it's still hilarious today:

The end of the skit plays on the history of the 9,354,078 sponsors in the sport (okay, I made that up, it's actually 9,354,079). But the point is the same. In the good ol' days we used NASCAR as the example of high-commercialization potential of sport.

Heck, rodeo has been a king in this area for quite some time, tagging sponsorships onto every square inch of real estate. I was even at a George Strait concert once where the camera panned into the Wranglers tag on Strait's backside...talk about product placement! By the way, I love me some King George!
Flipping a few more pages along and the issue honored a list of top corporate executives responsible for building their brand through sports. It was the usual suspects: Pepsico, Coca-Cola, Visa, Pizza Hut, FedEx...<<insert major company>>.

All of this makes me wonder.

Throughout my doctoral program, we have discussed sport and business. In professional sports it's one thing to capitalize on every aspect of the game, but for intercollegiate "amateur" sport the implications are far more complex. Corporations, institutions, and others making big time coin off of non-professional sports.

I wonder if Mr. Host, had any idea the magnitude of impact corporate sponsorships would eventually have on intercollegiate athletics? Sidenote: Mr. Host sold his company to IMG in 2007 and he continues to be involved in a variety of stellar community-based initiatives in and around the Commonwealth of Kentucky.

I wonder if there is a proverbial "line in the sand", if we've crossed it, and what the long-term impacts might be? Here's an article from the Chronicle on Higher Education back in 2009 discussing possible tax implications of collegiate sport. On the other hand, this 2015 Forbes article contrarily poses the necessity for the rise in commercialization.

I wonder how we preserve sports as fun, recreational?

I wonder what the the business of sport will look like in 10 years?

However many millions, trillions and gazillions of impressions, it must be working to reach the ultimate objective of those companies - to make money. Or else why continue? The wheels are rolling so fast, that a number of warning signs are speeding by as a blur out the window.

This post isn't meant to slam the money-making side of sports. I greatly admire the innovation and "stick-to-it-ive-ness" of folks like Mr. Host. This post is more about asking questions than answering them. Besides, the end metrics driving these trends are found in you and me...our eyes and ears to the message...and our resulting purchase decisions.
So I'm curious, what is our role in this landscape? I welcome your thoughts.

A Franz Kafka quote worth pondering in the current context is, "From a certain point onward there is no longer any turning back. That is the point that must be reached." This is Stoll on Sports. 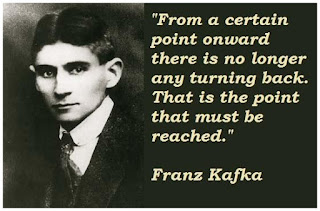 Posted by Jennifer Stoll at 11:24 AM No comments:

Look into My Crystal Ball

This morning in Louisville, I walked to my favorite breakfast spot, Wild Eggs, enjoyed a tasty breakfast and an “everything muffin” and thought about my time here in Louisville. This community has done such an amazing job branding itself as Bourbon Country, and the “Urban Bourbon” scene. There is almost a palpable buzz. Especially for us sport tourism nerds, who get to experience how some of the best in the business get it done.

I’ve discussed this aura in Stoll on Sports before. That energy that permeates Grand Junction during JUCO week.

What do you call that? How do you replicate it in a community? Yes, we’ve discussed the economic ambitions of events, the branding, but there is more.

I’m not talking about the amount of money the genie machine amassed in the classic Tom Hanks movie “BIG”.
I’m also not talking about “paying the man”. Or the annual revenue of your corner palm-reader.
Psychic income, is the emotional or psychological benefit residents think they get from a team or event in their community, despite the fact they may not attend or have any direct engagement with it (Crompton, 2004).

Think about psychic income (which honestly sounds a little fancy-dancey for my liking), as that buzz or excitement swelling up in a community from an event or team. It is determining whether residents actually think their lives are better from these activities.

It’s Lou-A-VUL during Derby (yes, that is the proper pronunciation), GJ during JUCO, Minneapolis during the Super Bowl.
I would contend in the sport tourism industry, it would benefit our organizations (rights holders and destinations alike) to spend a little more time learning about, and enhancing our value propositions in this area. Yes, we all know the economics is important, but we are also trying to communicate the broader value of what we do.

Some of the benefits researchers have explored include pride in the community, excitement, and social bonding. Remember, this is the perception of people who have nothing to do with the team/event.

That doesn’t sound like a bad outcome of sport activity, does it? Are we telling that story?
Perhaps not. Walker and Kim (2012) developed the first scale of psychic income (PSI), which is advancing the research on the topic. But practitioners, pay attention!

You may say, “Ok, Stoll, I get it, some people are fan loyal, event loyal, etc., but it’s all perception.” To that I’d ask if you’ve ever attended a championship parade for your local team that won the World Series despite the fact you didn’t attend a game and certainly didn’t hurl a pitch?
If the answer is “yes”, I’m willing to bet you felt some of the benefits mentioned above…was your perception not reality? And I bet you don’t mind feeling like that a little more often!

If you look deep into the crystal ball, you’ll see these additional factors that play an important role in the sports landscape. It may not make you rake in the Benjamins for your community or event…then again, it just might!

As Henry David Thoreau said, “It’s not what you look at that matters, it’s what you see.” This is Stoll on Sports. 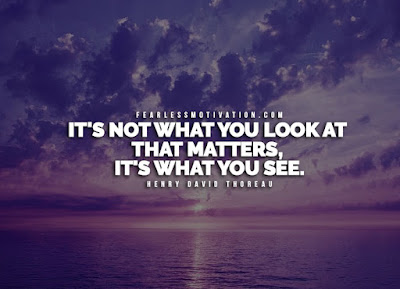 Posted by Jennifer Stoll at 10:27 AM No comments: