One of the reasons I got into sports as a career is my fascination about the behind the scenes aspects. As a fan, or a participant, you often show up, participate or watch, and hit the road. Maybe your team won, maybe your team lost, but the experience is what it's all about. The sights, the sounds, the tradition. The loyalty to an individual or team. The rivalries. These are elements that comprise the mystique of sport.

My interest is in what happens to create those participant and spectator experiences. People think sports just "happen" at a certain time or place, with little regard. Poof! A Super Bowl. Walah! A Final Four. Bazinga! A 300 team youth soccer tournament. (You're welcome Sheldon fans)

Whether large scale national events or community events, this assumption couldn't be further from the truth. What you see on the playing surface is comparative to the tip of the iceberg seen by the captain of the Titanic. It is the stuff behind the scenes that makes the event. Things like recruiting an event, planning, lining the fields, scheduling the teams, dealing with parking, restrooms, cancellations, weather...the list is endless.

One aspect that is often more visible at sports events is the rules and regulations. Those core components of the competition are managed by referees, officials, umpires, judges, etc. Officials have been a staple in sports since the beginning. No refs, no consistency to competition standards.

But the Chicago Tribune published a recent AP article about the decline in the number of referees in the State of Illinois. Down 11% from 2012-2013 to 2016-2017 seasons. Double digit decline in an field that's been present for decades? Hmmmm.

Further, on the academic side of things, Hancock, Dawson, and Auger (2015) explored referee motivations to begin reffing, continue, and quit. What they found was that most officials are motivated to officiate to give back to a sport, and gain intrinsic satisfaction for doing so. They continue blowing the whistle for intrinsic and social reasons (i.e. they still enjoy it and have made some friends). Interestingly enough, however, referees reported discontinuing the profession for three reasons.

Can you guess them?

Let me pick my jaw up off the floor. So Hancock and friends are saying sports officials feel underappreciated, an immense amount of pressure, and that no one appreciates them? No. Way.

Athletic Business reported 85.7% of officials would quit if the officiating environment worsens.

The recommendations the authors offered for increasing officials retention include: stressing intrinsic and social benefits of officiating, increase respect garnered from coaches, athletes, and spectators, train them on handling stress, and recognize their achievements.

Then there are things like this, where a coach instructed his players to intentionally hit a referee. Are you kidding me? This may be the far side of the unethical pendulum, but lack of respect is lack of respect.

What's funny to me, strike that, it's not funny, it's disgraceful, is that we (parents, coaches, public, spectators, athletes...) get so enthralled by sport that we basically act like toddlers having full-on temper tantrums when calls don't go our way. We often treat officials - a necessary and important part of sport (ala cities with no fire department, or roads with no traffic signals) - as public enemies, the reason for another "L" in the loss column.

We know it's wrong in youth sports, but what about more competitive levels? Sure, officials at these levels are expected to have more skill - just like any industry's career advancement - but we watch Nick Saban or name-your-coach flail around at these levels. Why is that acceptable? What we see is often what we do, and how can we expect not to see that kind of behavior emulated at a pee-wee football game? 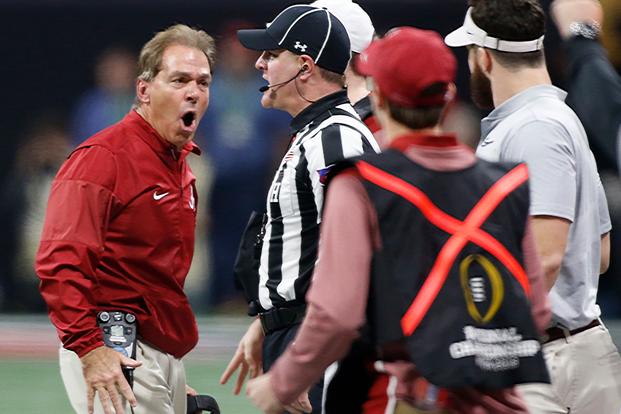 I believe this ties into sustainability in sport. We talk about specialization, we talk about commercialization of youth sport, we talk about combating this childhood issue or that. Then, we've got individuals out there from our communities, whom we see at the grocery store, or at the school, getting involved in a profession to give back to the sport they love, and we run them through the ringer. I think I'm smelling a double standard. Here's an interesting article by a football referee in the trenches worth a quick read. Research shows his sentiments are pervasive.

Maybe striped shirts are out of fashion. Maybe someone misses a double dribble call at a 8 year old basketball game. But lets bear in mind officials are the ones out there, keeping kids and sport safe, providing opportunity for play. So maybe in return, we should cut them a little slack...or better yet, put a whistle over our own heads and try to be a part of the solution to the decline in sports officials.

The National Federation of State High School Associations is attempting to address this officiating crisis head-on. Here's an article by the NFHS on the topic from 2016.

If sport is about building confidence, bonding, respect, culture, health, and so much more, we cannot afford those opportunities to some, but not all involved...including officials. It goes against the very principal we are trying to achieve.

As a reminder, sport is supposed to be fun. It's not life or death. And with ALL things in life, as the Bible and Momma say, "Treat others the way you want to be treated." It's truly as simple as that. This is Stoll on Sports. 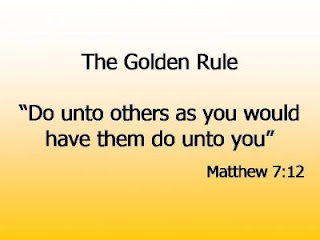