For the Love of Sports!

Happy post-Game 7 haze! Before we jump into this week's musings, I did not forget about the challenge I threw out last week: develop a personal mission statement.

I went back and did some digging to when I first started - and apparently never completed - this task.

Lesson 1: If you start a personal mission statement and never finish it, you can all but guarantee you won't live by it! (See Zig quote below).

So, after giving myself a little grace, I dove back in. Probably 15 versions later, I still don't know if I'm 100% satisfied with the outcome. But it is way closer than when I started last week (it's a process, right?). Here it is: 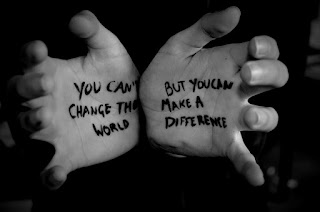 My personal mission statement is to use my skills and talents as God desires to positively impact the people and world around me.

To me, this encompasses making the most of where I am at any given point - work, home, etc., and realizing my gifts can be used in all those settings, if I have the courage to use them.

I hope you took some time to work on your personal mission statement as well. As Zig Ziglar said "If you aim at nothing, you'll hit it every time." 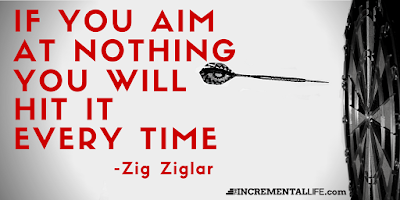 
I must admit, for a doctoral sport management student, I watch very minimal sports anymore. Maybe because I'm a full-time student, executive director, mother and wife, and maybe because in order to watch Game 7 my husband literally had to climb on the roof and move our antenna. Can you say stone age? When we moved to the country, we nixed cable or satellite. I know, we're cord cutting rebels without a cause!

Despite not being glued to the TV every game like I used to be (I think my husband has implemented a secret 10-year master plan to ween me from my sports obsession...and it's working), during this time being laid up, I've gotten to watch the Buckeye's amazing come-from-behind win over Penn State and 5 or 6 World Series games.

Now follow me for a second here, because I know there are lots of broken-hearted Dodger fans across America this morning, as there were Penn State fans on Saturday afternoon.

But isn't that what sports are all about? It's like community. It's the diversity and differences in all of us that make it unique. If everyone rooted for the same team, there would be no point. It would be like watching the Harlem Globetrotters day in and day out.

It's because of our different preferences that we get rivalries, anxiety and a little friendly trash-talking from friends on social media.

In sport academia, James and Funk (2006) proposed the psychological continuum model in which individuals move from aware of a team, to attracted, then attached and ultimately form an allegiance. We all started to follow a team or individual player somewhere, at sometime.

But, the fun doesn't end because my team or your team won. Sports can be symbolic for a community, too. With all Houston has been through these last few months with Hurricane Harvey, sports can provide the glimmer of hope, a distraction, a common bond, that transcends circumstances in a community.

Just like the Red Sox winning the World Series after the Boston Marathon bombing, or the Saints winning the Super Bowl after Hurricane Katrina, the motivation to win grows even stronger. Here is a great Washington Post article highlighting this affect.

To me, this is what makes sports so endearing. Sure, there are always the scandals, greedy athletes and unethical controversies that spark up in competitive sports. But such as with any competitive and financially driven industry. I'm in no way condoning these actions, merely suggesting that we must make a decision to find, and stand behind the good. The whole baby and bathwater cliche applies nicely here.

Some days our favorite teams and players win, some days they lose, but the broader impact on the world in which we live is why I love sports. After all, let's not forget, right now in the city of Houston - just like in other places across the nation and world - there are still people reeling from tragedy, long after the rest of the world has unfortunately moved on.

Posted by Jennifer Stoll at 9:05 AM