"I believe the children are our future"

Does anyone remember those timeless lyrics from the late Whitney Houston? Maybe I'm dating myself a bit here, but I still do love that song, and frankly, any Whitney Houston song.

"I believe the children are our future" the intro line to the song Greatest Love of All. 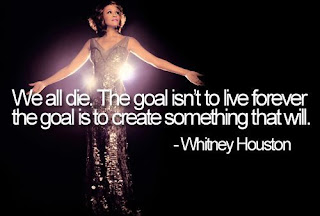 This song lyric transcends generations because no matter where we are at a point in time, at some point our future is in the hands of our children. In my humble opinion, it's our job to set them up for a future of success.

But how do we do that in a world riddled by tragedy, information overload and ever-changing technology?

This week's topic focuses on children and media. It's a heavy topic for sure. Especially during a week like our nation has seen with the Las Vegas tragedy following up destruction of natural disasters, and any number of other recent headlines in news and sports.

As a parent, these can be a difficult waters to navigate. We desire to protect our children, but also raise them to be aware and independent thinkers. When my kids were babies it was much easier to shield them from the negativity. They are only just about 4 and 5 and a half, and it is more and more difficult as they are more perceptive, learning to read and striving to understand the world around them.

Gopnik (2012) discussed what babies think about in her Ted talk. Interestingly, she noted that as young as 18 months, babies begin to understand we all like different things and they can help give someone what they prefer. Fifteen month old babies cannot decipher this complexity yet. I mentioned a few weeks ago how much brain development occurs in the first year of life.

And it doesn't stop there.

As outlined by the University of Rochester Medical Center (2017), the frontal cortex - which is responsible for rational thought - does not fully develop until the age of 25 or so. 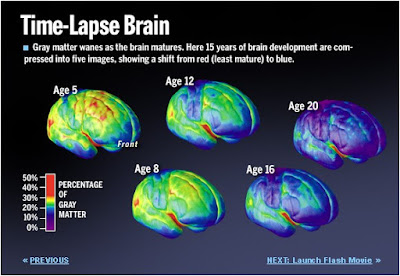 I have a dear friend, with kids older than my own, that reminds us often that our kids can't make the decisions we expect of them because their brains simply aren't developed. In other words, they don't know what they don't know. She is also wonderful to realize that she is key aiding that development.

So where does all these leave us in the dynamic world of emerging media?

The internet brings with it a vast playground for development of self-awareness and self-expression among youth (Davis, 2010), not to mention the plethora of (good and not good) information available at their finger tips.

Let's take a second for me to be really clear: I'm not speaking to my opinion on what is right or wrong in terms of parenting style or parameters. I'm just talking about youth and media broadly. 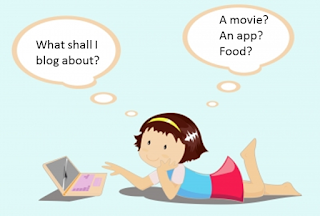 Did you get that? One-fifth of bloggers are have barely blown out the candles on their 20th birthday cake, nor can they legally buy a Coors Light.

As Davis (2010) asserted, bloggers are literally coming of age online. Her research on the development of online "profiles" noted that online, you can be anything you want to be, just like the Brad Paisley song of the same title.

However, and somewhat relieving, her research indicates that the female subjects of her study portrayed a similar profile both in online portrayal and offline identity.

So at least for that study, the young ladies were not pretending to be something they aren't. Although, actual identity and profile were not distinguished as either positive or negative. At least they weren't hiding it.

The tale should be cautionary, however. Livingstone (2008) commented on that vast playground mentioned earlier. Through social media, adolescents need to use rational thought to determine who they let into their world, what information they share, the emotions they portray, and how they respond to others. 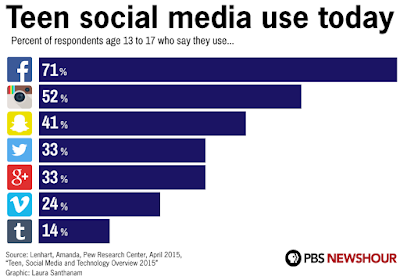 ...the same rational thought that we learned, is not fully developed until around 25 years old.

To my astute friend's point, how can we expect them to decipher what is and is not appropriate?

The issues with youth and media are not limited to social media behavior, but also news media and learning.

We already examined the struggles facing traditional news media outlets way back in August. Now we must look at news media consumption by the next generation.

Those in my generation may have a great advantage in that we are well-versed in traditional media outlets (radio and newspaper), but are also a part of ushering in the newest news technology. We can safely ride the line between new and old in a customized fashion. I still read our local newspaper (albeit online, behind a paywall...I know, I know), but get national and sport-related news notifications on my smartphone.

This won't be the case for younger generations. Unlike even my elder counterparts, news media consumption patterns of today's youth are focused on two elements: relevance and customization (Huang, 2009).

If capturing this critical audience is important, then catering to their desired consumption behaviors should be paramount. Settling for status quo cannot be an option.

Let's jump back to the learning process. Mitra (2007) conducted a series of experiments in which he placed computers with internet access or CD-ROMs (all content in English) in remote locations in India. What he found was that in groups, children taught themselves not only how to use the devices, but they also taught themselves the English words necessary to use them and communicate about them. With no learning structure, adult supervision or other influences.

We see this in sport as well. When left to their own accord, kids will use their imagination to create games, agree on rules, and self-govern. So what do we do? We jump in and produce organized sport with coaches and structured practice, and tournaments from the ripe age of 3 or 4.

Fixing something that isn't broken? Perhaps.

While the frontal cortex may not be fully developed, there is no doubt development is still occurring at an exponential rate.

So what do we make of all of this?

The next line of the Whitney Houston song mentioned at the beginning of this post is "Teach them well and let them lead the way."

I think that's what we, as parents and community members, can do. We can agree to do our best to bring positivity to this world, help our children learn, and do our part to lay the foundation so they can become the leaders of the future.

I apologize to my sports junkies out there that feel neglected this week, but it was a lofty topic. We'll pick back up with more sports next week. Until then, how about we all go out and do a random act of kindness today. This has been Stoll on Sports.

Mitra, S. (Februrary 2007). Kids can teach themselves. Retrieved from https://www.ted.com/talks/sugata_mitra_shows_how_kids_teach_themselves