I read an article that estimated adults spend as much as one third of their waking hours on their smartphones (Gregoire, 2015). Let’s do some basic math on that figure to wrap our brains around it. If the average person sleeps eight hours per night (I wish! Says the person sitting at Starbucks doing homework at 5am on a holiday weekend! But I digress.). So we take the remaining 16 hours per day, divide it by three and get 5.33 hours, or five hours and twenty minutes per day. I've also heard about apps that track your app usage, such as Break Free.

Now, I’m not saying that those 5+ hours a day on our phones are not all a waste of time, we do use our phones to make the occasional phone call, or snap a picture of our adorable kids (see picture of my own little minions). But, if you are like me, you could probably admit that not all of this time is used toward efforts of productivity.


And, swallowing my pride a bit here, I bet more people are just as guilty as me in constantly saying how their lives are getting busier and there is just simply not enough time to get accomplished everything glaring at us from our to-do lists. Am I preaching to you as I’m preaching to myself? My total usage might not be 5 hours and 20 minutes, but I’m certain it’s not as low as two hours either.

Let’s take the blinders off and look at the explosive mobile emergence in a broader context.

Darrell West, Vice President of the Center for Technology Innovation at Brookings reported that 4.2 billion people are outside the digital revolution. In a world that has 7.5 billion inhabitants, 4.2 is well more than half.

Another way to look at this, nearly 23 times the United States’ population of roughly 326,500,000 have spent a total of zero hours using a smartphone. A classic look at the “haves” and “have nots”.

What does this mean? At first blush we may superficially wonder how these people, most of which in India and China stay connected, check social media, read the latest entertainment and sports news. But, significantly more importantly than who J-Lo is dating this week, West (2015) also noted, that broader access to the digital revolution could yield amazing educational gains, health awareness, jobs development and an additive $9.2b in the world GDP.

Some mobile carriers are jumping on board to improve accessibility, particular in developing nations, but others are continuing to employ cost-prohibitive practices leaving more than half of the world falling further and further behind the warp-speed age of technological advancement. Companies are exploring technology to bring connectivity to remote areas of the world, such as using balloons (Google Loon Project), satellites and other means to broaden digital access. 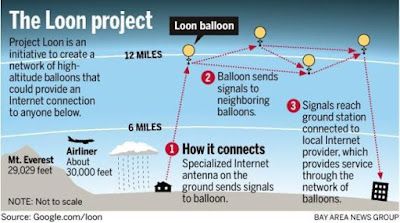 Imagine, a woman living in a remote area of Africa using a digital data connection to learn important concepts about reproductive health and infant care, thus long term helping reduce the number of deaths during and immediately following childbirth. The application of worthwhile efforts in proliferating connectivity are endless.

Let’s bring it back home for a few minutes.

Where have we come in the age of the digital revolution? I venture to guess a significant amount of that 5.33 hours per day mentioned above is used for social media. Mindless, numbing, scrolling, in my opinion…and I’m not judging, I’m red-handed, too!

Waaaaaay back in 2012, the well-known Kelley School of Business at Indiana University published an academic article about the emergence of mobile marketing and social media (Kaplan, 2012). Can you guess the social platform on which the article used as a shining star example that the future was here?

I’ll give you a few hints. It wasn’t Facebook. It definitely wasn’t Instagram or Snap Chat. For those who remember designing their own page, it wasn’t even Myspace.

Do you remember the original “check-in” platform…earn badges, become a mayor? When was the last time you heard someone talk about something they heard about on Four Square? I never downloaded the app and think it was the 2012 version of the useless Facebook games like Candy Crush, or the ridiculous Farmville. To me, these applications provided a great way to do a little housekeeping of my friends, if you know what I mean!


It is worth noting, that Foursquare successfully pivoted their business strategy and is now a competitor of Yelp! and Tripadvisor. See their website for more information. In fact, The New Yorker recently featured Foursquare in an article analyzing this pivot and survival in the dog-eat-dog technology industry (Gell, 2017).

My point here is that Four Square was monumental for its time. Facebook is that now. Facebook has done more in recent years to dive into social development (look no further than the ability to align birthdays to charitable causes, and donate to victims of the catastrophe in Texas). 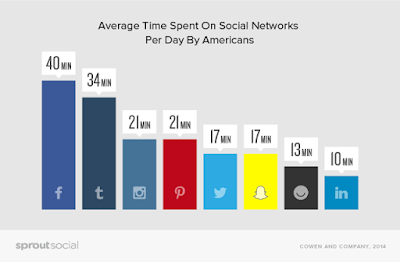 You may be wondering, “Stoll, when are you going to talk about sports?” Well, the topic this week really brought to light for me the opportunities to use the digital revolution for good regardless of industry. I believe sport is a big part of this due to its universal nature and ability to serve as a bond for nations and the world. For example, although ridden with controversy in recent years (an entire other blog series), the International Olympic Committee (IOC) lists on its homepage under the “about” tab, nine initiatives to promote Olympism in Society, including: women in sport, education, sport for peace, sport and active society, sport for hope, United Nations cooperation and Olympic Day (IOC, 2017). See Promote Olympism for more info.

Similar opportunities exist stateside with intercollegiate and professional sports. Many organizations have social development initiatives, but dedicating required resources (time and money) and properly employing and evaluating these programs is vital to their impact and success.

My hope is that these trends will continue to assist in resourcing the underprivileged in our neighborhoods, countries and world. We all have opportunities in our spheres of influence to make a difference. Maybe you think, “gosh, I can’t do anything to help that young mother in Uganda,” but I contend that if we open our eyes, and yes, put down our smartphones, we can recognize need right around us and do our part to help, irrespective if the means is via the mobile revolution.

I work on a college campus and once saw a student walk squarely into the door frame of the University Center because she could not peel her eyes off her phone.

Don’t look now, but the seconds, minutes and hours are slipping away from our days. I don’t know about you, but for me, this information was a wake-up call. Are we using our time wisely? Are we helping others or just ourselves?

Charles Dickens once said, “No one is useless in this world who lightens the burdens of another.” This has been Stoll on Sports. Thanks for riding along.

Gell, A. (March 2017). The not-so-surprising survival of Foursquare. The New Yorker. Retrieved from http://www.newyorker.com/business/currency/the-not-so-surprising-survival-of-foursquare

Gregoire, C. (2015). You probably use your smartphone way more than you think. The Huffington Post. Retrieved from http://www.huffingtonpost.com/entry/smartphone-usage-estimates_us_5637687de4b063179912dc96

Posted by Jennifer Stoll at 7:57 AM