The End of the End, or Just the Beginning?

You made it past the introduction, and that’s saying something! As I mentioned in my first post, The Catchy Alliteration Drew You In, the first few weeks of Stoll on Sports will center on topics assigned in my strategic communication and emerging media class, with a splash of flavor from sports and business in general. This brings me to our first class topic: Is traditional news media dying? 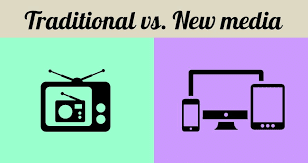 Trying to keep up on media outlets, their relevancy (and accuracy) can be akin to swimming upstream. While tried and true traditionalists likely of certain demographics still consume media – particularly  news media – in large part via hard copy newspapers, radio broadcasts and television nightly news reports, even many of them are transitioning their consumption behaviors in today’s digital age. According to the Pew Research Center, 68% of adults consumed media via social media in 2016 (Gottfried & Shearer, 2016) and the American Press Institute (2014) noted trends shifting away from set times of consumption to repeated consumption throughout the day.

And those pesky millennials? They have completely rocked the boat in terms of consumption behaviors, opening the door for competition to enter the marketplace such as the Huffington Post, the Skimm and Buzzfeed.

With smartphones, everyone can be a source. I recall working in professional golf and we actually had a “Tech Check” volunteer committee whose sole job was to collect the cell phones and cameras of every patron entering the course, put them in little numbered Ziploc bags and not allow patrons to access them until they left the course for the day. Now, I realize there is something to controlling noise in the sport of golf (golfers tend to be quite finicky about a Def Leopard ringtone going off in the middle of their back swing), but this little practice also controlled the information seeping out to the public as well.

Think about today’s sports environment. Remember just a short year ago when the Cubs were playing the Indians in an epic Game 7 of the World Series? Cameras panned to just about every person in the stadium holding up their phone in anticipation of capturing the final out, ending the Cubbies fateful curse.

How about the platform of blogging, which by your very nature of reading these words proves you are savvy in this arena. In 2011’s landmark case, Obsidian Finance Group v. Crystal Cox, the Ninth Circuit Court ruled that the same First Amendment rights of those who are members of the institutional press protect bloggers, despite lack of employment by traditional press entities (Meyer, 2014). In other words, without any training or credentials, the law of the land considers bloggers journalists.

This is just one example of a major shift in the foundation of the news industry. A number of our class reading assignments alluded to the traditional media’s slow response, even to a reactive level, of the digital era, ultimately fueling the debate as to the lifespan of traditional media. One article went as far as to call the newspaper industry executives “paralyzed” by industry changes (Warren, 2016).

According to The Verge computers are now generating news stories (Miller, 2015), eliminating jobs in an effort to cut costs. Hundreds of newspapers have implemented paywalls to access content in an effort to subsidize decreasing circulation revenue. “Cable cutters” as those cancelling their traditional cable packages are called, are on the rise, lowering the commissions stations receive from cable providers for a place on the subscription lineup. All these trends have a cumulative effect. Instead of scraping for a piece of the uniformly sized pie, traditional media are now desperately trying to hold onto their piece of a different shaped and sized pie. 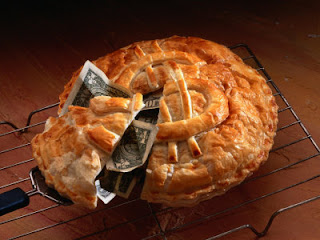 In the sports world, the good news is fans do still watch sports events live. In many circumstances, if you don’t watch an event live, the spoilers are all over social media, ruining one's attempt to DVR in an effort to skip the commercials. Attendance at high profile (and even lower profile) sports events is becoming elitist with rising ticket, concessions, parking and travel costs, spawning enhancements for in-home watching experiences. This trend has sparked a vertical integration of sports events whereby league or franchise ownership does not only own the in-venue experience, but also the media and digital consumption outlets for in-home consumption. For an example, look no further than the partnership between ESPN and the Southeastern Conference (SEC) establishing the SEC Network.

Perhaps you are like me and thought, “Yep, traditional media is history.” I’m not necessarily arguing that traditional media is past the point of no return; in fact, some reports show advertising on digital platforms has not completely obliterated traditional media outlets as commonly assumed (Media Buyers, 2016). Nevertheless, a closer examination points toward an impending massive revolution for the way we view media.

While current media outlets are concerned about maximizing paywalls, providing on-demand content and changing the user interfaces of their products, are these steps really addressing the core of the issue? I’m reminded of the music industry in the early 2000’s when we had to buy an entire CD to listen to the one song we wanted. The music industry sat on its laurels while a computer company came into a space it didn’t own with a nifty little gadget called an iPod that allowed us to select specific songs we wanted to jam out to in our beat up sedans on the way to the high school football game. Thus launching a complete disruption in the music industry, as we knew it. For more details on this type of disruption, I encourage you to check out Simon Sinek’s TED Talk How Great Leaders Inspire Action or read his book entitled Start with Why.

Should it make our heads tilt to the side to know that Jeff Bezos from Amazon, John Henry and Warren Buffet – all billionaires – have acquired The Washington Post, The Boston Globe, and numerous regional newspapers, respectively in recent years (Vinton, 2016)? Does this assure the preservation of the newspaper industry? My guess is not as we know it. However, do these individuals have the resources to cause a tidal wave of change in the industry, in a way my simple mind cannot event fathom? You bet.

Enter disruption. Just like Apple with the music industry or Southwest in the airline industry. Fundamentally altering the way an industry exists rather than adjusting existing parts here or there. This would be as if a NASCAR driver pulled into pit road and rather than more fuel and tightening the left side, they rolled out a driving machine the likes of which no one had ever laid eyes on before.

People want more control, faster service, the ability to pick and choose features, and much, much more. Standard. In the grand scheme, these are minor tweaks to existing services. The question for traditional media is: How will the future look when all of these desires are exceeded in a delivery fashion beyond what we can comprehend?

In the world of sports, we are seeing glimmers of what the future holds. It’s no secret ESPN has been rattled over recent years (Boudway & Chafkin, 2017). For the first time ever, Twitter live streamed the NFL’s Thursday night games last season. That’s right, a social media platform based on succinct communication streamed three hour NFL games! Let that sink in. And, the streaming was such a success, the NFL put the games out for bid this season, and guess who won the streaming rights. None other than Amazon, which will be streaming all 10 games globally on Amazon Prime for the small fee of $50 million. Oh yeah, and if you are interested in purchasing a :30s ad during the streaming, that will only set you back $2.8 million (Fortune, 2017).

Traditional media as we know it may not be dying, but is certainly prime for a massive revolution. As the signs are indicating, there is evidence this revolution is already underway. This phenomenon is spilling into sports as well.

I’m reminded of a scene from one of my favorite Christmas movies, A Christmas Story, when Ralphie was listening intently to his weekly radio broadcast of “Little Orphan Annie” trying to solve his puzzle for chocolate Ovaltine. Now, flash forward to our world of instant information and access via smartphone and stretch your mind to think what media consumption may look like in another five years, let alone 50. My hypothesis is traditional media will be unrecognizable in its current forms.

Feel free to let me know your thoughts. This has been Stoll on Sports.

American Press Institute. (March 2014). How Americans get their news. Retrieved from https://www.americanpressinstitute.org/publications/reports/survey-research/how-americans-get-news/

Boudway, I. & Chafkin, M. (March 2017). ESPN has seen the future of TV and they’re not really into it. Bloomberg Businessweek. Retrieved from https://www.bloomberg.com/news/features/2017-03-30/espn-has-seen-the-future-of-tv-and-they-re-not-really-into-it